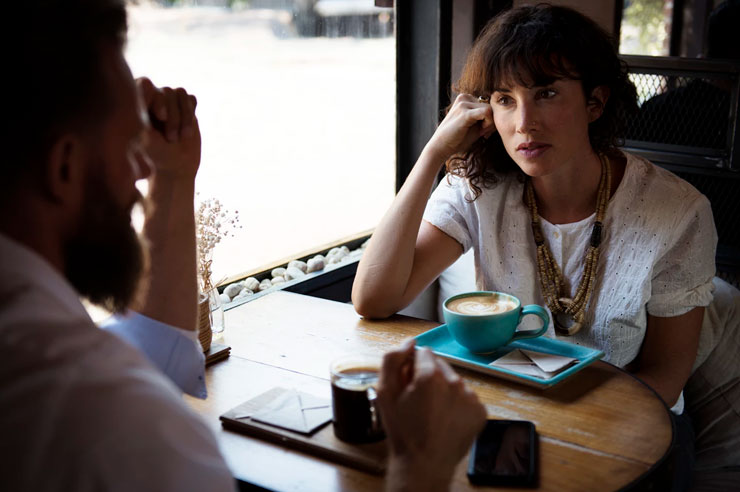 There are still some traditional dos and dont’s that apply in the world of modern dating. Some things never change.

A recent survey showed that dating behaviours do change between the ages with younger daters more likely to befriend each other on social media and are more likely to communicate by text. Older singles tend to be more cautious when it comes to digital dating.

That said, here are the eight dating habits — new and old — you need to know about.

He asks, he OR she pays. The one traditional dating “do” that still stands is the general belief men are supposed to make the first move. However found 41% of women would offer to pick up the check on a first date. You hear that guys? If you ask us out for dinner,we might just foot the bill. Sounds like a win-win to us.

All it takes is 15 minutes to determine if you have chemistry. Thirty-one percent of both men and women agree that 15 minutes of a date is all it takes to decide. Worried your next date will bail if he’s not into you? Don’t, because Match.com found only 12 percent of singles would actually leave before the night was over.

Honesty is (still) the best policy. Not enjoying your time out with what’s his name? Tell him. The survey found 52 percent of singles think it’s best to politely tell your date if you’re not interested – and we agree. Neither party gets anything out of being dishonest and you never know when you’ll run into him or her again later in life. Remember: manners matter.

It’s OK to follow-up – it’s just a matter of when. Forty-eight percent of women like to follow up after a first date within 24 hours where as 68 percent of men like to “play it cool” and extend the follow-up to almost three days after your date.

Classic phone communication is best. In this digital era, there are hundreds of ways to follw up on a date: text, e-mail, instant message, etc. But surprisingly enough, the survey found 80 percent of singles prefer to talk over the phone.

Yes, you can Facebook-friend your date. Just not too quickly. Ah, the social media dilemma that plagues all singles. As far as friend requesting your date goes, 21 percent of young singles say it’s OK to request a friend after 2-3 dates while 11 percent of older singles wait until the relationship is exclusive to do so. These low percentages mean keeping your add-friend trigger finger under control while in the early phase of dating.

Introduce your new man/woman to your friends. Sometimes your friends get a bad rap when it comes to dating, but 50 percent of men and 35 percent of women will introduce their dates to their friends within the first month of dating, regardless of how old they are.