Blind dates – learn from the mistakes of others :) 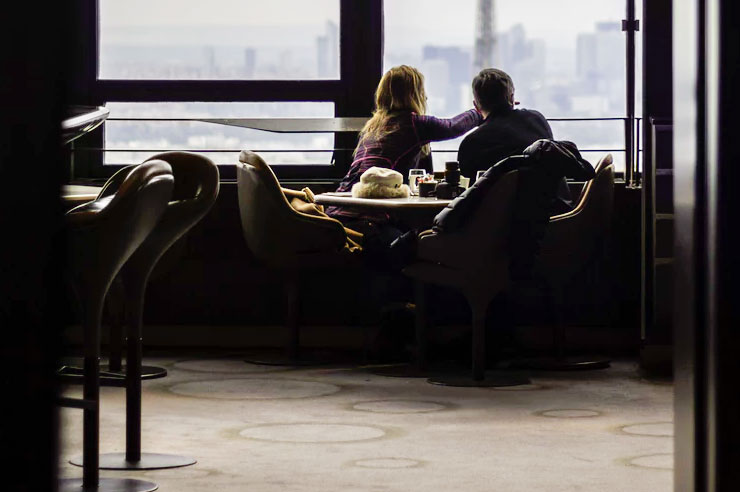 Blind Date is a weekly fun piece in the Guardian newspaper where they set two people on a blind date. The week after the date, the ‘datees’ report back on how the date went. Check it out here

It’s always a great read as to why the couple either did or didn’t get on. You can learn quite a lot from other people. Here is a fun look at what the Guardian.co.uk feels are the most important points that it has learned from five dates of running the column:

Avoid shellfish. Not one, not two, but three dates were derailed by bits of flying lobster, so it’s best to play safe and avoid altogether. (If we sent you to a seafood restaurant, we’re very sorry.) And if your date has just told you she’s allergic to shellfish, it’s probably best not to order the prawns and the crab, Archie.

… And politics. You might think you’re on safe ground with a fellow Guardian reader, but you’d be wrong. “Bringing up the Olympics was a mistake,” said Darren, ruefully. “Let’s just say we differ on whether Alastair Campbell has explaining to do to the families of dead Iraqis,” was Peyvand’s conclusion after his date with Dawn. “Film, theatre, books, food, music are the best, stress-free ways to have a conversation with someone new and discover if you like them,” says Max Goldman, who went on a date with Reuben Kaye in 2013. “Generally I stay away from previous relationships and politics but perhaps I’m too old fashioned.”

So what can you talk about? “We talked about childbirth,” said David, of his date with Amy in 2014. “Which was a little surreal.” Name a topic and it’s likely our Blind Daters have covered it, from pandas to “Neighbours [the TV show], and how we could start a communist party” (we’re not sure if the two were connected), “ant civilisations” and, unfortunately for Chris’s date, “mostly Chris”. Perhaps just remember to ask your date one or two polite questions, rather than launch into a monologue about your childhood.
A cup of tea is a euphemism for “I do not want to see this person again, but I am too polite to say so.” Blind Daters, we’re on to you.

Think about your compliments. “I said she looked like my sister. Followed by ‘don’t worry, I love my sister’,” said Andrew. Unsurprisingly, Catherine wasn’t all that sure she wanted to see him again.

Serving staff are the enemy. Not really, your waiter or waitress is probably very nice but you may be in competition with them for your date’s affections. “Our waitress kept flirting with us both, a lot, but we grew to really like it,” said David and Peter. Any regrets, Jessica? “It would have been nice if the hot waiter had joined us for a drink.”

Your date is not the enemy. Although you wouldn’t know it from some of our Blind Dates. Others, though, have a better philosophy. “I used to be a police officer, and it taught me that no matter what situation someone’s in, just talk to them like they’re a person,” says Oliver Nguyen, a Blind Dater from 2010. “Be as respectful and nice as possible, and chat like they’re a friend.”
“Before I did Blind Date, I was so terrified of the whole ‘What do you say to a stranger’ question,” says Anand Modha. “But then I realised, the chances are you’ve met through the same forum, so in a sense you’re coming from the same place. That made the whole thing easier.”
Don’t give up. Gavin Stamp, one of our Blind Daters from 2009 got in touch to tell us that he was now happily married “after getting back in touch with someone I met for the first time at a wedding in 2002. Eight years elapsed between our first and second meetings, so people should never give up hope about finding or rediscovering their soulmate.”

Of course our Matchmakers Bill and Jennifer at Two’s Company don’t set people up on Blind dates. We take our time to match up suitable dates to ensure that you’ll have lots to talk about.

PrevPreviousDangers of online dating in Ireland
NextHow important is a sense of humour on a date?Next
REQUEST A CALL BACK