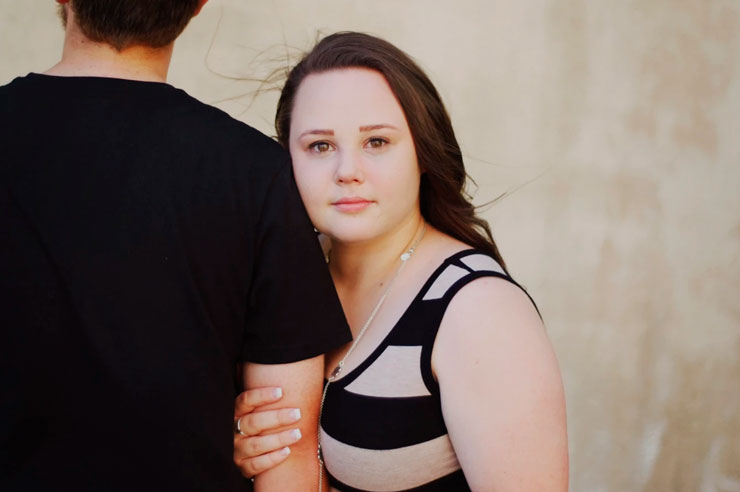 By Ethan F Burke, on www.theGuysPerspective.com

I hear from a lot of women about guys sending mixed signals. J’s boyfriend was uncomfortable using the word “girlfriend,” but six weeks later he wanted to move in together. L’s boyfriend broke up with her because something was “missing,” but two months later he was back — texting, calling in the middle of the night, and even showing up at her place unannounced. E’s boyfriend said he had been hurt before and backed off because of his own strong feelings, then came to meet her mother without being asked, and then backed off again. So what the f*** is going through these guys’ heads? Read on for the answers…

Over their first few months together, J and her guy “spent A LOT of time together,” but J “was in the same situation as your friend Megan, the ‘what are we?’ phase.” So when her guy said he wasn’t ready to use the words “boyfriend” and “girlfriend,” she backed off.

A few weeks later, he said he wanted her to be his girlfriend, and soon after he said he was ready to live together. Things were going well and J was happy about it, but she wondered what was up, because “2 months ago he was having a hard time calling me his girlfriend, but now suddenly he wants to make this huge decision and make me a more permanent part of his life.”

J’s ability to respond positively and drop it when her boyfriend got skittish really helped him get over the hump with their relationship status. As a guy, bringing up something that you think is going to hurt someone and instead getting listened to and given the space you asked for is a completely eye-opening sign of a good thing. I told J that as long as she kept a good head on her own shoulders, she probably wouldn’t have to deal with the flip-flopping again.

Right after they talked about moving in together, L’s ex broke up with her, saying “this isn’t getting serious fast enough and there is something missing but I don’t know what.” She dealt with it and began to move on. But two months later, he was texting and e-mailing her every day, and even called in the middle of the night and showed up at her place. As L said, he “pretty much acts as though I broke up with him.”

When L took the breakup well and put appropriate distance between herself and her ex, he realised that he’d lost something good, and that maybe L didn’t need him as much as he thought. Most guys who send mixed signals have major confidence issues. For L’s ex-boyfriend, the realisation that he wasn’t everything to her became a feeling like she had broken up with him. When he called or texted and L didn’t always answer, he got in his head about it, let it eat away at his confidence, and ultimately he was the one who felt dumped. I told L not to get back together with him while he’s obsessing. Until this guy gets some perspective, his biggest need isn’t actually her: it’s the need to get his own groove back.
Running Scared

E and her guy had been dating a few weeks when he “got scared . . . and said he had serious feelings and it is too soon so he was backing off for a while.” Two days later, he came by her house to pick something up and ended up spending the night. Then he went to dinner at her mom’s, and met her for the first time. “He told me that he was thinking I could be someone he could really be with and that he has strong feelings. He said he has been really hurt in the past and has a wall up.” Sure enough, the next day after he went to work, E could sense that the wall was back. When she texted him about it, he didn’t event respond. So E wanted to know: “what should I do to let him come around and accept his feelings and go with them instead of backing off?”

This guy has been doing his best to tell E what’s going on, and he’s been honest about having been hurt before and wanting to be careful. But he also really likes her. So I told E that her best bet was to respect what he’s told her and be patient with him for awhile. If she senses he’s freaked out, she should try to give him some space until he comes around again. A few weeks is enough time to start building a great connection, but real trust takes longer than that, just as much for guys as for you. So E needs to try giving him the space he asks for, when he asks for it. Chances are this will slowly break down his “wall,” since guys are suckers for women who respect a need for space without clamping on or running away. Once he gets the space he needs, a few more weeks is enough time to look for some improvement. If you don’t see it starting to get better after that, it’s probably time to cut him loose.
Sorting the Signals

It’s important to remember that men and women do have a lot in common, along with all the differences. Love and relationships can be as confusing for guys as they are for you. So when you’ve been getting mixed signals, a good place to start is just to step back and try to put yourself in the guy’s shoes by imagining yourself in his situation, with someone else. If you were sending those signals, why would you be doing it? Because you were put off by the other person’s anxiety? Because you were unsure of yourself and depressed? Because you genuinely didn’t know what you wanted and didn’t feel right about hurting someone while you tried to figure it out?

Changing perspectives might not give you an immediate answer, but it will help you get outside yourself. Sometimes that’s all that’s needed. Because once you have perspective, you can make decisions based on what you want, rather than on trying to read some guy’s signals. The right guy will recognise and value your confidence, while the wrong one will probably freak out and make your decision easy for you.

PrevPreviousWhen do Men Decide They Are Into You.
NextCouples who X together, stay together… Date ideas to strengthen your relationshipNext
REQUEST A CALL BACK